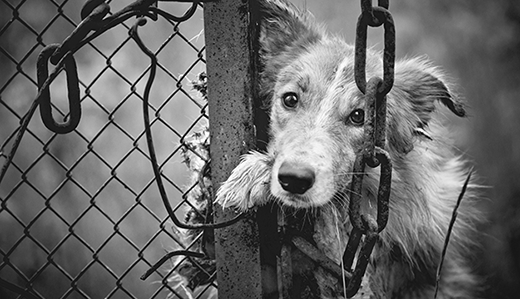 “Anyone who is cruel enough to traffic an innocent animal should be locked up, but the law doesn’t recognize pet trafficking as a crime. Stolen pets are seen as stolen property, and those offenders are punished in the same way,” Senator Bateman explained. “That’s just wrong. Our pets are family; not property. Selling an animal to a medical researcher or a puppy mill is as heartless as it gets. A slap on the wrist isn’t enough. We need a new law, so that pet traffickers get the punishment they deserve.”

“Losing a pet is devastating for the owner, not to mention the traumatic effect this has on the animals when they are taken away from their caregivers, and sometimes placed in dangerous and harmful situations,” Senator Scutari said. “Creating serious consequences for those who steal and then deal in stolen pets will hopefully deter individuals from committing these crimes and hold them accountable for their actions.”

The Senators’ bill, S-332, establishes criminal penalties for an increasingly pervasive practice known as “dog flipping,” where pets are stolen and sold for a variety of reasons, including breeding, medical research, and dog fighting.

Although existing State law addresses trafficking stolen property in general, there is no law establishing a specific crime for trafficking stolen animals. Under the law, stolen animals are considered “stolen property,” which means that the penalties would be determined by the animal’s “pet store value.” Usually, this only ranges from a disorderly persons offense up to a second degree crime.

Under S-332, anyone that traffics, initiates, organizes, plans, finances, directs, manages, or supervises trafficking in stolen domestic animals would automatically be guilty of a third degree crime.

Third-degree crimes are punishable by a fine of up to $15,000 and a term of imprisonment of three to five years, or both.

Stealing domestic animals is a crime on the rise in the United States, with the country experiencing 31 percent increase in pet thefts in just one year, according to the most recent statistics available from the American Kennel Club.

The legislation passed the Assembly on June 27 and now heads Governor Christie’s desk for final approval.